Free Shipping On Orders Over 120$ 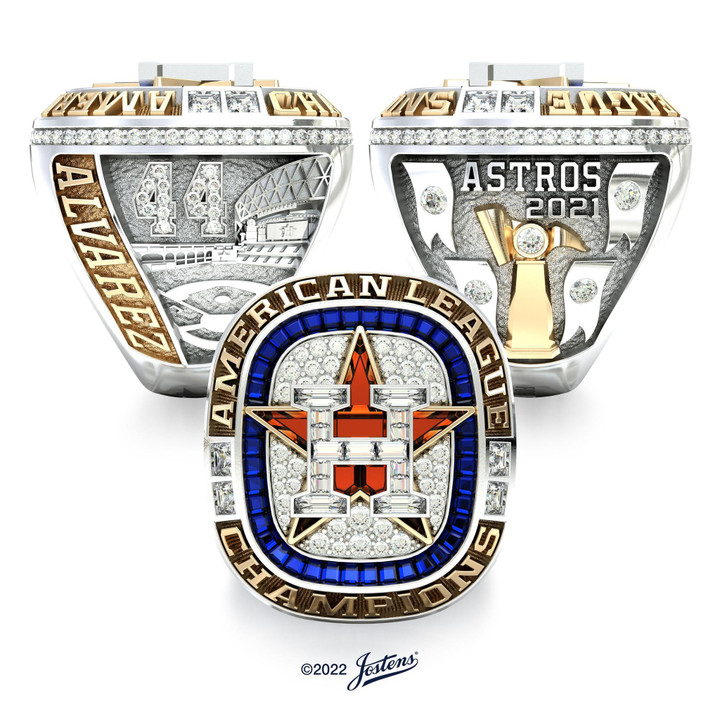 Size:
Display Box:
Be careful to choose the right size

Please check the measurement chart carefully before you buy the item.

The ring top proudly displays the iconic Astros "H" made from 15 intricately set custom-cut diamonds, symbolic of the Astros 15 franchise postseason appearances. The logo is completed by a star set with custom-cut genuine orange sapphires surrounded by 40 round pavé-set diamonds with a halo of 42 genuine blue sapphires. Framing the logo in contrasting yellow gold, which signifies the team's 2021 American League Team Gold Glove award, are the words AMERICAN LEAGUE CHAMPIONS. These words are accented with four total princess-cut diamonds, two on each side of the ring face. These four diamonds represent the Houston Astros four league pennants won throughout franchise history. Accenting the perimeter of the ring top are 60 diamonds paying tribute to the Astros 60th season in MLB. 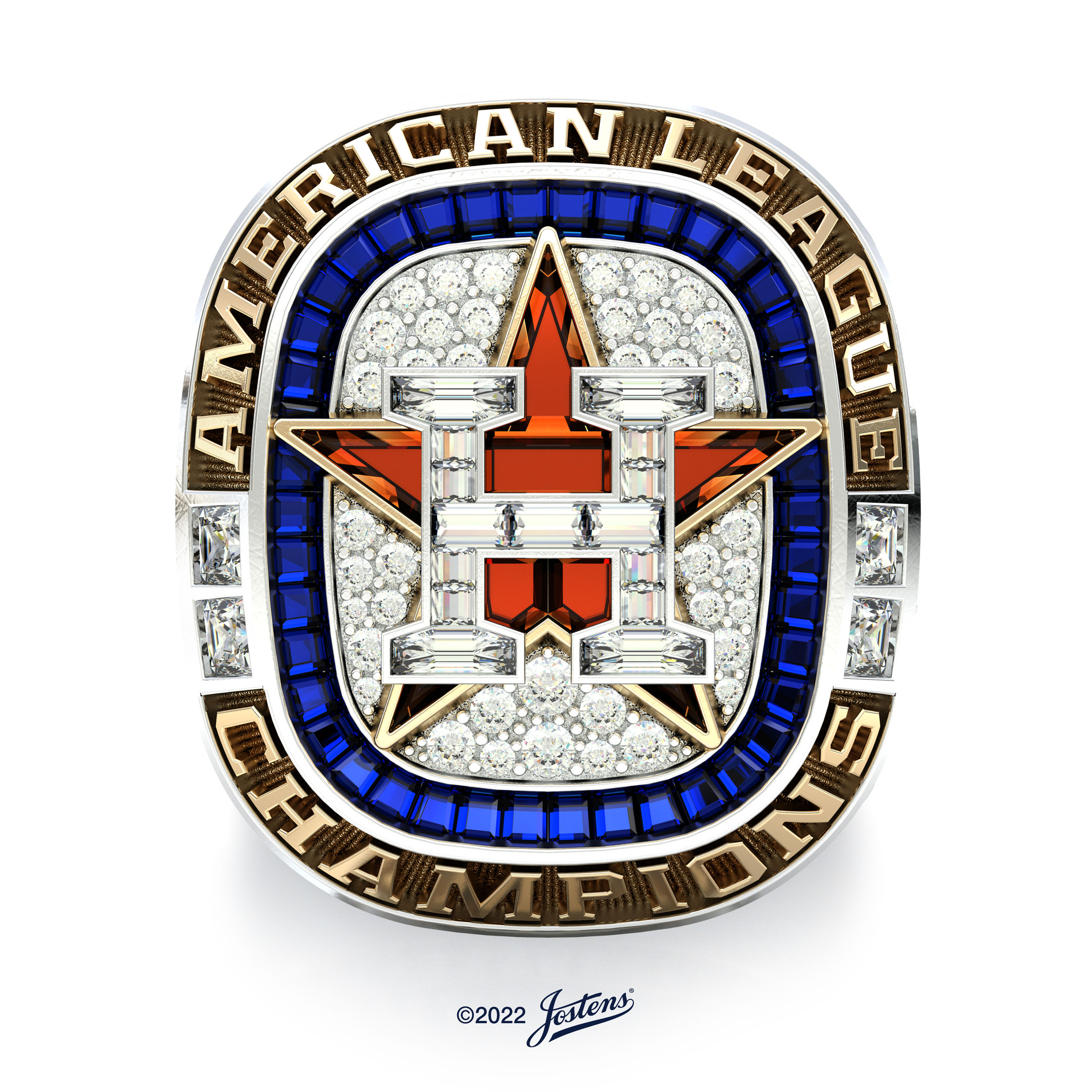 The left side of the ring features the player's names spelled out vertically in eye-catching yellow gold. To the right of their name, the player's jersey numbers will be proudly showcased in diamonds. Completing the left side of the ring, the home of the Astros, Minute Maid Park, is brought to life in intricate detail, representing Astros fans, the best fans in Major League Baseball. In 2021, Astros fans were welcomed back home to Minute Maid Park after a 2020 season played without fans due to the COVID-19 pandemic and they were a key factor to the team's success, 2021 American League Pennant and World Series run.

The right side of the ring is accented with the championship year date of 2021, which is highlighted by the Astros wordmark logo. The American League Trophy is created in yellow gold, creating a striking contrast from the background. A single diamond is set in the trophy, symbolizing the most recent American League Championship won by the Astros. Four additional banners are set on either side of the Trophy, each set with a single diamond representing the four trips to the World Series. These five total diamonds are representative of the Astros extraordinary, current run of five consecutive ALCS appearances. 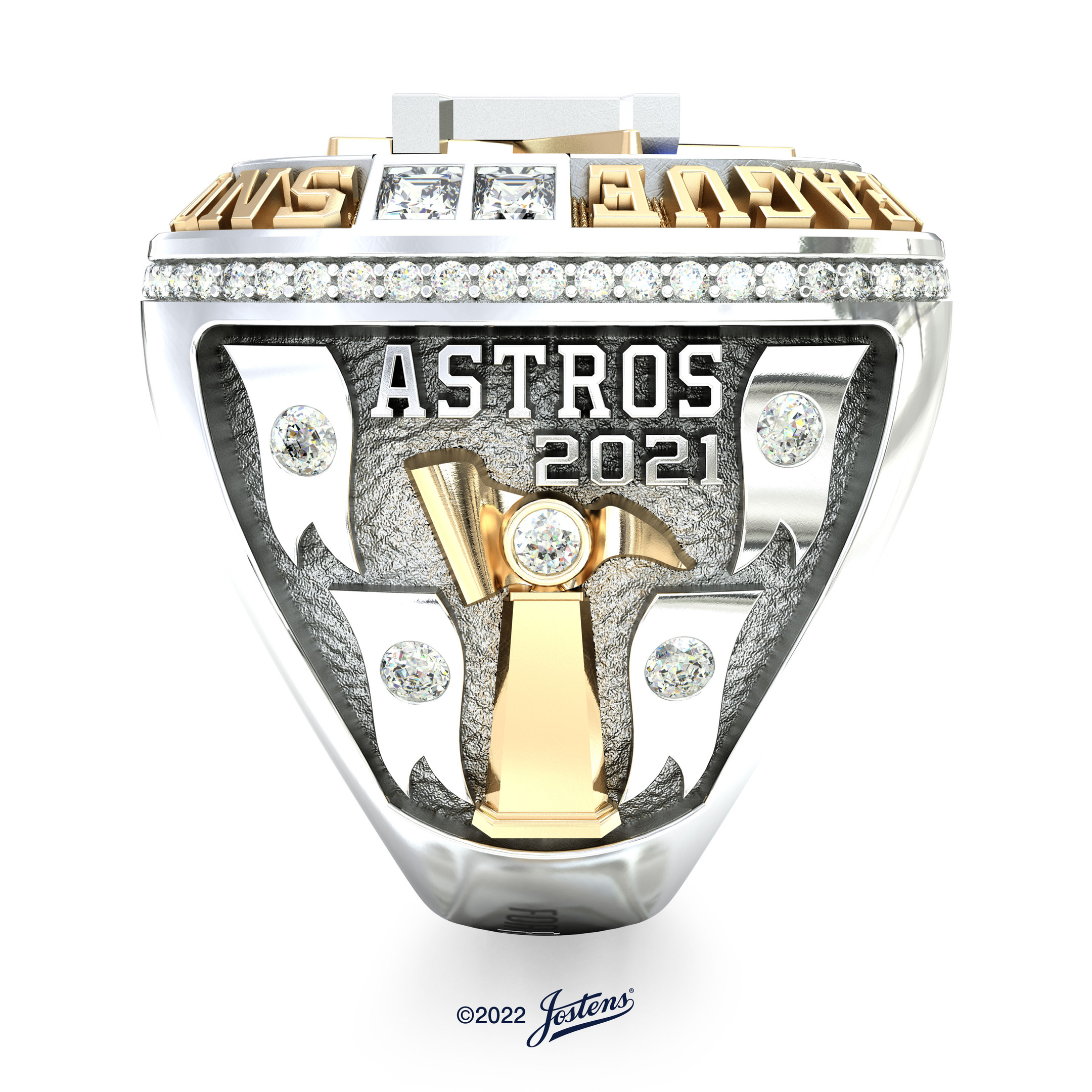 The interior of the ring continues the storytelling by featuring the Astros logo accented by two stars on either side, along with the championship year dates, an homage to their four league pennants. The palm side of the ring displays the team's postseason rally cry "FOR THE H," with the "H" being the Astros logo. 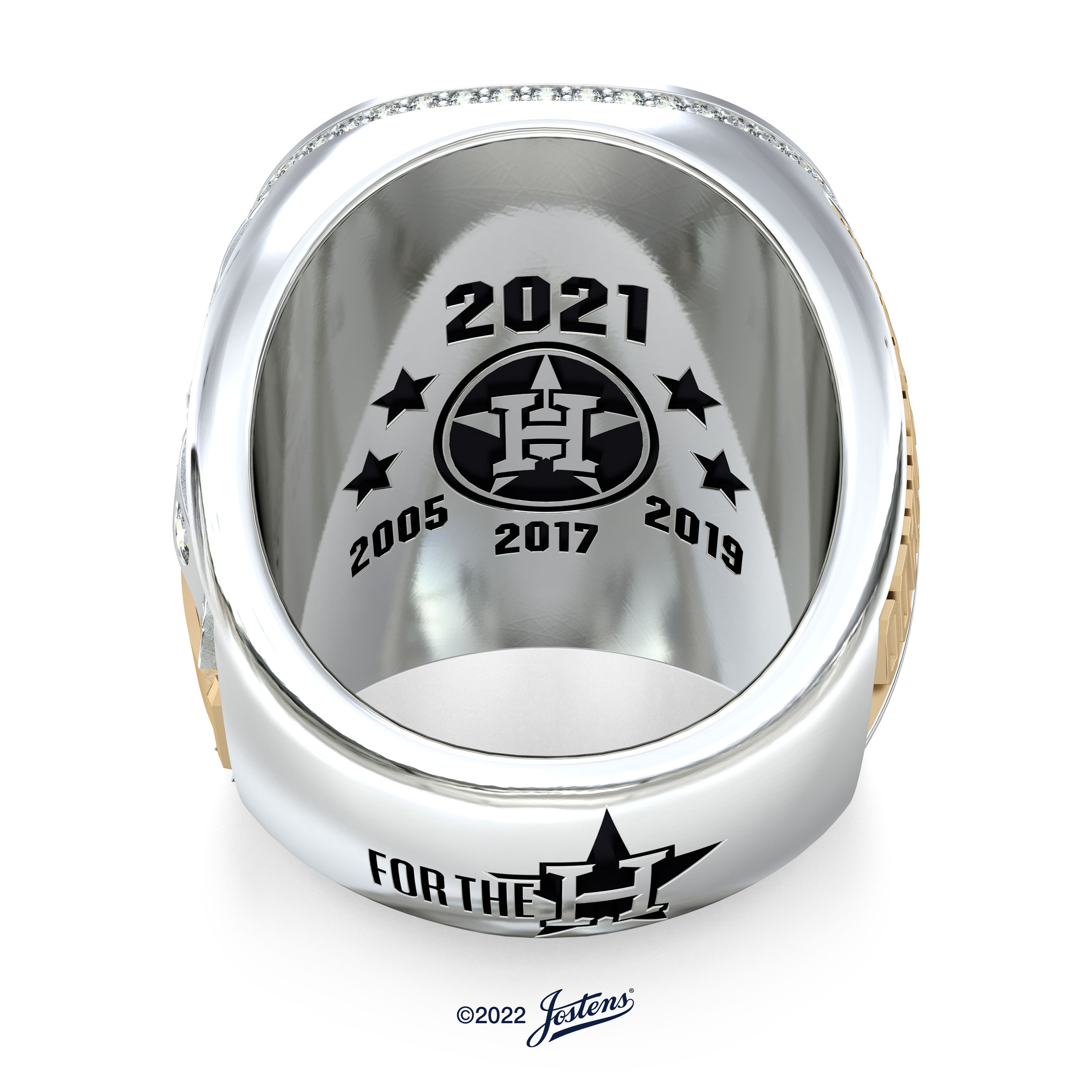